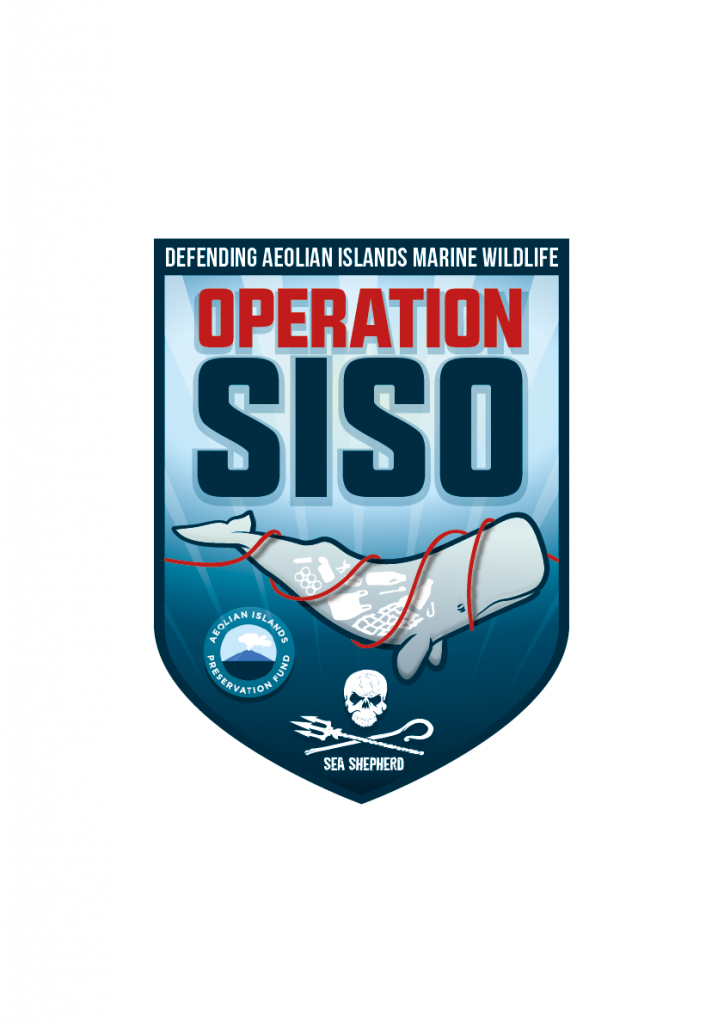 Sea Shepherd protects the Italian waters thanks to a joint collaboration and support from the Aeolian Islands Preservation Fund to tackle Illegal, Unreported, and Unregulated (IUU) Fishing in the Aeolian Archipelago.

Sea Shepherd’s vessel M/V Sam Simon together with Lipari’s Coast Guard, Milazzo’s Revenue and Customs Authorities, and with the collaboration of artisanal fishermen, confiscated 52 fads (Fishing Aggregating Devices) and 100 kilometers of polypropylene line in the Aeolian Islands in 178 hours.

The M/V Sam Simon, with a crew of 29 people of 11 different nationalities, carried out an undercover operation in the South Tyrrhenian Sea in collaboration with the Maritime Management Port Authority of Catania (Direzione Marittima Capitaneria di Porto di Catania, n.d.t.), Lipari Coast Guard, and the Italian Revenue and Custom Authorities Milazzo (Guardia di Finanza Milazzo, n.d.t.). The 178-hour patrol led to the removal and consequent seizure of 52 illegal FADS (Fishing Aggregating Devices) along with 100 kilometres of polypropylene line from the waters of the Aeolian Islands, and reports of suspicious fishing activities, triggering further inspections in the area. In addition to the M/V Sam Simon, a second undercover vessel is also present in the Aeolian Islands to report any illegal activities to the authorities.

It is estimated that more than 1,500 FADs are illegally anchored each year, which is a key contributor to plastic pollution in the Italian Sea, and lethal for marine species such as Loggerhead sea turtles that can become entangled during migration. This results in 2,000km of polypropylene line, and hundreds of kilos of plastic and bottles (often dirty and containing harmful chemical liquids) being dropped in the sea.

Operation SISO is focusing on protecting the delicate ecosystem of the Aeolian Islands from illegal, unreported and unregulated fishing. It also shows the world the actual consequences of the use of FADs in the South Tyrrhenian Sea, and has earned the support of Lipari’s artisanal fishermen.

The Aeolian Islands were declared a UNESCO World Heritage Site in 2000, and form an archipelago of seven inhabited islands, and several smaller islands and rocky outcrops. The seven islands are located in the southern Tyrrhenian Sea, north of Sicily – just 12 nautical miles from Milazzo Cape. All of volcanic origin, they’re arranged in a Y-shape, with the feet pointing towards the west. Their rich biodiversity provides a perfect environment for the nesting of many migratory species and for whales, sperm whales, common dolphins, beaked whales, striped dolphins, grey dolphins and pilot whales.

The illegal FADs (Fishing Aggregating Devices), which are locally called “cannizzi”, are fixed buoys to which palm branches or similar materials are attached to form a sort of shelter under which high-seas fish gather. Considered a threat to both life in the Mediterranean and to local, legal fishing, they are illegal in the Aeolian waters at this time of the year, and have to be regulated when the season starts. The local management plan for the Aeolian Islands archipelago regulates their use: “In the zone to be managed, specific areas shall be specified in which the “cannizzi” shall be anchored, and their number shall be previously determined (maximum number: 20), along with the positioning and the use (measure 1.4 of the 2007-2013 EFF). They shall be assigned to fishers by means of random draw and they shall bear initials that make them recognizable. Moreover, in order to fight the fact that, in the last few years, common dolphinfish are caught earlier and earlier, it is ordered that the “cannizzi” shall be placed starting from September 15th, and that the beginning of the fishing of common dolphinfish shall start on October, 30th”.

Each FAD is made of 4-6 plastic drums with palm leaves as a floating part and a line up to 3000 metres long of approximately 3.5mm diameter and anchored to the seabed.

Siso was a young Sperm Whale (8.5 metres long) that died in 2017 entangled in a drift net during his migration close to the Aeolian Islands. The Coast Guard struggled to free him for many hours but sadly he could not be saved. Siso was later found dead along the coast of Milazzo Cape by the marine biologist Carmelo Isgro’ who saved the bones, keeping the net that killed him and the plastic that was in his stomach as a warning for future generations. “Siso” was the name of the friend that helped Carmelo retrieve the Sperm Whale, a friend who died in a car accident shortly after.

“With Operation SISO, Sea Shepherd returns to the Mediterranean Sea to protect cetaceans. A sperm whale came to visit us during the patrol along with numerous dolphins and turtles, almost to show us the way to the FADs, and fighting with us against illegal, unreported and unregulated fishing. Operation SISO has obtained the full support of the artisanal fishermen of Lipari who, in joining us to defend the law, make our activities more and more effective. I would like to thank the Aeolian Islands Preservation Fund for allowing us to navigate these waters together, and I am sure it is only the beginning of a lasting partnership. The most important weapon that makes the difference is the support of our donors combined with the passion of the volunteers that don’t turn the other way in the face of illegality and cruelty but fight it with direct action mile after mile. Neptune’s Navy will continue to fight relentlessly and consistently in the interests of life in the oceans, measuring our success in the numbers of lives saved.”

The Aeolian Islands Preservation Fund is a foundation dedicated to the protection of the Aeolian Islands’ natural beauty and to the promotion of sustainable tourism. The fund supports projects focussed on preserving the environment and the sea around the islands.

The Chairman of the Aeolian Islands Preservation Fund, Luca Del Bono, said: “I am thrilled that from a casual meeting in California a collaboration with Sea Shepherd was born, and we look forward to a long-term partnership for the protection of the sea of our islands. I want to thank the organization and Andrea Morello in particular for believing in our mission.”

A special recognition also goes to Smile Wave, a Swiss foundation that supports both Sea Shepherd and the Aeolian Islands Preservation Fund projects. 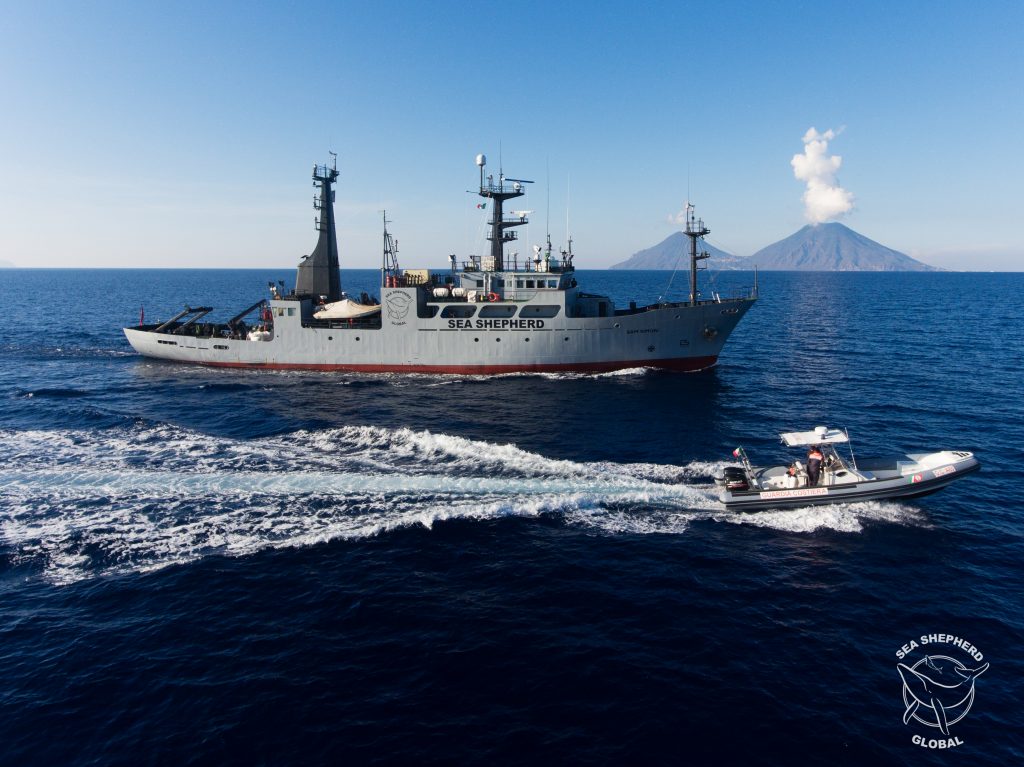 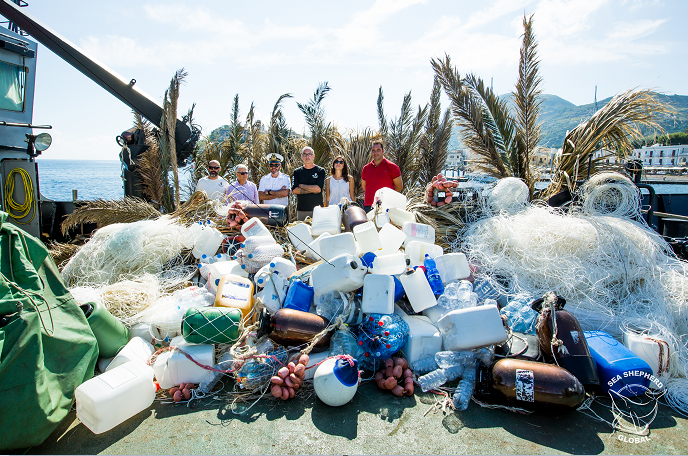 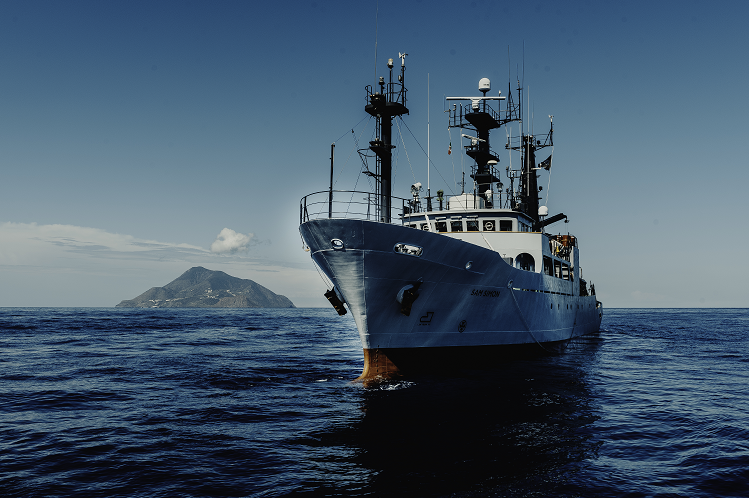